My Love of Baseball Cards and a Business Idea 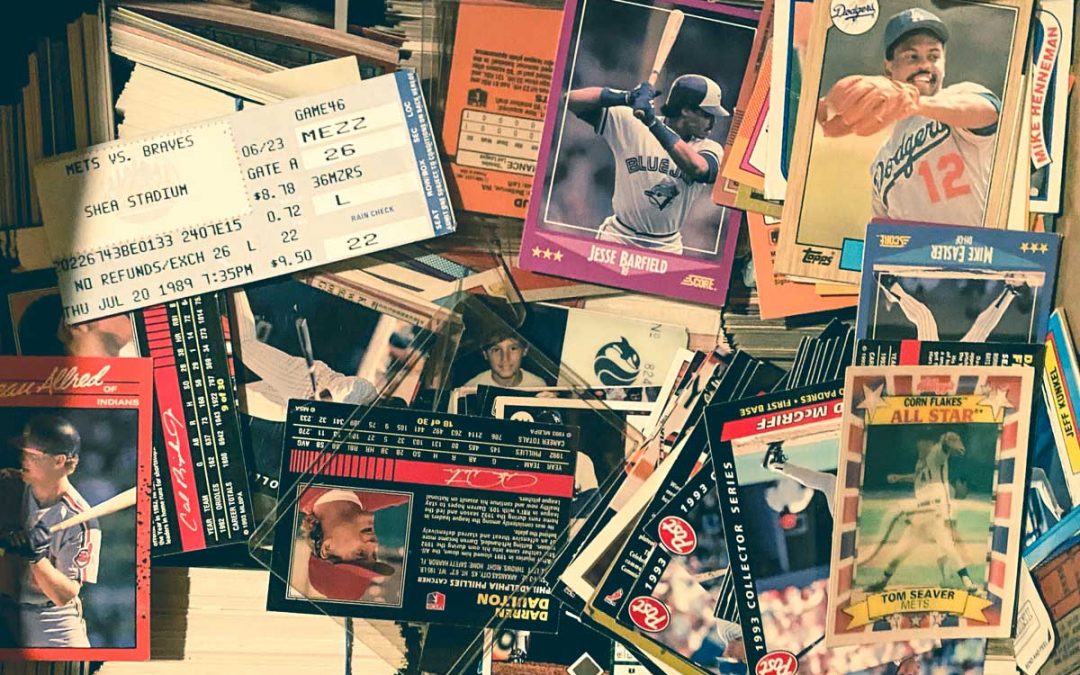 Throughout my entire childhood I collected baseball cards. Lots of them. It was sort of an obsession with me for a good part of my early life. I can still distinctly remember the smells of tobacco and stale sugar in the convenience store my grandfather used to take me into. He’d give me a couple dollars and I’d buy some wax packs.

The thrill of opening those packs was invigorating. Who would I find this time? Doc Gooden? Darryl Strawberry? Maybe a George Brett or this rookie Mark McGuire everybody seems to be talking about.

It was the thrill of the unknown that was so exciting, as I would pop the hardened bubble gum stick into my mouth and begin to unpack my latest treasure. The fact that the gum’s flavor lasted less that 30 seconds was of no concern to me. For I was in baseball card heaven.

I collected cards for a number of years. As I grew older, eventually my collecting and interest waned, significantly. The trading card industry became more much saturated – more card companies, more card editions, more specialty packs. It became too difficult for a budding teenager to keep up with – so one day I just stopped buying cards

While I stopped collecting, I kept all my cards in shoe boxes. Those shoe boxes eventually turned into larger moving boxes as my family moved two more times since my early childhood in New York.

A few years after I started my graphic design business (Harley Creative) I had to get some new business cards printed. Since I primarily designed in the sports industry, I wanted the business cards to be sports oriented.I wanted to do something different this time – something unique.

Then I had an idea… well, I borrowed an idea. Ok, I stole the idea. 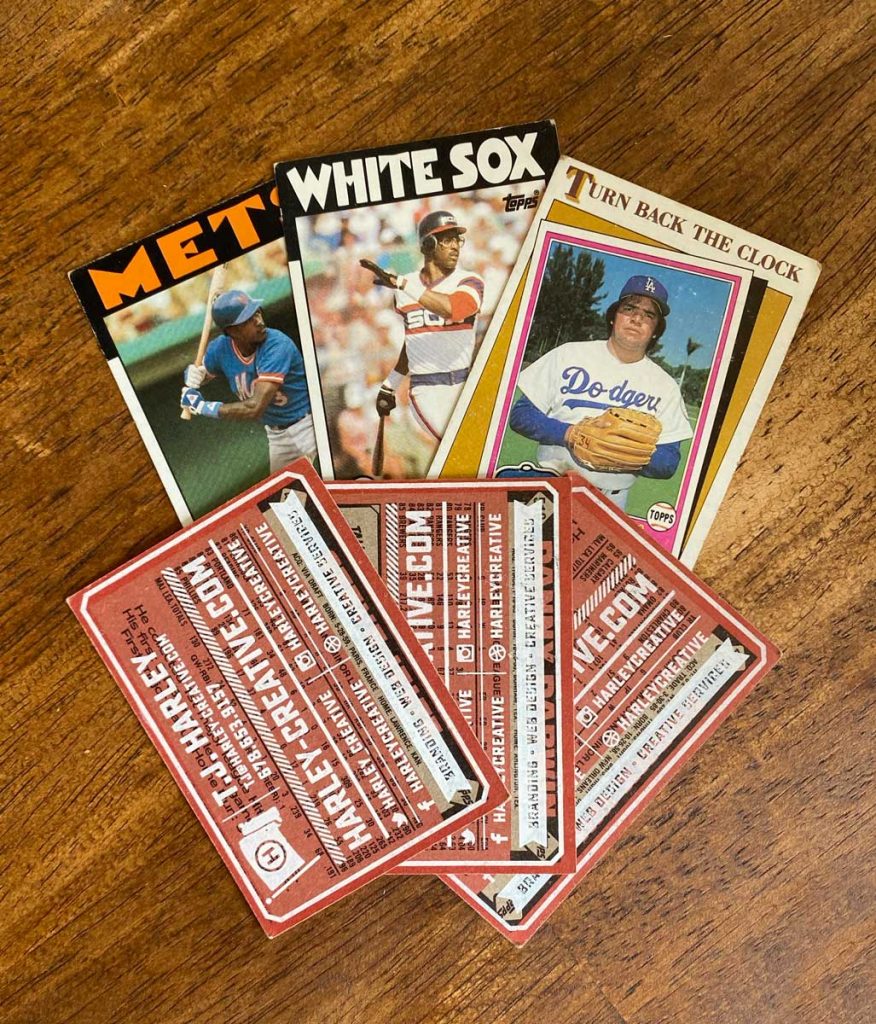 While attending a design conference, one of my design friends had been giving out her information on pop culture trading cards. She had her information screen printed on the backs of them. Cards like Alf, Harry and the Hendersons and New Kids On The Block were all in her arsenal. They were brilliant, and it got me to thinking.

What about the boxes, and boxes and boxes of cards I have in my attic, just collecting dust? What was I ever going to do with them? Perhaps they’d make great business cards.

Upon returning home from the conference, I went to my card collection. ’88 Topps, ’87 Donruss, ’89 Upper Deck. ’91 Fleer. The possibilities seemed endless.

I decided on 1987 Topps for my first print run. They were my favorite year for cards growing up, in all of their wood-paneled glory. The first run came out pretty well but the white ink on the light yellow backs, and a somewhat hard to read design I came up with were a bit tough to read. I ended up using them and handing most of them out. A year later, it was time for a second print run.

The next run I switched to 1986 Topps. This year provided a much darker red background to print on and I simplified the design to make it easier to read. I even went on eBay and buy a box of unopened, 1986 wax packs. I didn’t even know those still existed, but they do. And for those that are wondering ‘was the gum still in them?’ Yes it was. Instead of losing its flavor in 20 seconds, now it’s just reduced to dust in that same amount of time.

This print run was a huge success. I still get people that hear about them from their co-workers or through other people in the sports industry and ask for a card. What’s particularly cool about this idea is I always ask the recipient what their favorite team is, first. It became a much more personal experience that way.

In addition, for some of the older, more passionate baseball fans, they always had a story about going to the ballpark as a kid, or about the specific player who donned the front of the card, or having that card growing up. For someone who doesn’t necessarily get off on promoting their business, ad nauseam to someone’s face, it made the whole handing out of business cards a little more enjoyable for both parties.

Some of these cards may no longer be worth the cardboard they’re printed on, but repurposing them in this way made them invaluable. I’m glad I held on to these gems.